Frederico de Holanda (b. 1944, Recife, Brazil). Architect (BSc, Universidade Federal de Pernambuco, 1966). PhD in Architecture (University of London, 1997). Full Professor, Emeritus Professor, Senior Research Fellow, Faculdade de Arquitetura e Urbanismo, Universidade de Brasília, where he has taught since 1972. He has also worked at the Companhia Hidroelétrica da Boa Esperança [Boa Esperança Hydroelectric Company] (Maranhão, 1967-1969), and at the Wit-Olaf Prochnik architectural practice (Rio de Janeiro, 1969-1971). Building and urban projects: 109 North Superblock urban design, Brasília, DF, 1985 (under implementation); his vacation house in Canaan, Trairi, CE, 1989 (built); his house in Sobradinho, DF, 1999 (Honourable Mention, Brazilian Institute of Architecture, 2001, built); entry for a national competition for the W-3 Avenue, Brasilia, 2003 (third prize); Preliminary Study for the Museum of Science and Technology, Brasília, 2007 (Honourable Mention); Master Plan for the Planaltina University Campus, Universidade de Brasilia, DF, 2008 (under implementation). He pays tribute mainly to three great teachers: Prof. Delfim Amorim (UFPE), for the architectural language apprehended in the drawing board; Prof. Evaldo Coutinho (UFPE) and Bill Hillier (University of London, supervisor of his doctoral thesis – Exceptional Space), for the enlightening way they put space at the front-stage of architectural thinking. He investigates relations between architectural configuration and the use of space by different social categories (classes, genders, generations) in buildings and cities. He has supervised 30 master dissertations and 15 doctoral theses. In 1998 he received the Brazilian Award in Urban and Regional Planning, by the Urban and Regional Planning National Research and Graduate Studies Association, in the category “doctoral thesis for the period 1996/1997”. In 2002 he published his thesis in book form: O espaço de exceção [Exceptional Space], available in English on the World Wide Web since 2011; in 2011 he published the bi-lingual book Oscar Niemeyer: of Glass and Concrete (FRBH). In 2007 he is awarded the prize Destaque em Pesquisa by the Universidade de Brasília, as the best researcher in Humanities. He coordinates the research group Morphological Dimensions of the Urbanisation Process. Besides Brazil, he has acted as visiting lecturer or visiting professor in Argentina, Bolivia, Colombia, Denmark, Mexico, Japan, Portugal, Scotland, Spain, Sweden, United States of America, Uruguay. Member of Editorial Boards in Brazil and abroad. Researcher Category 1-A (CNPq). He is married to Rosa de Lima Cunha and has two children – Joana and Pedro – and two granddaughters – Irene and Carolina.
_____________________________________________________________________ 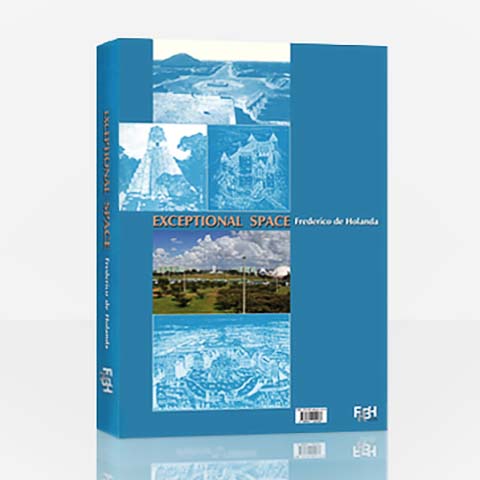 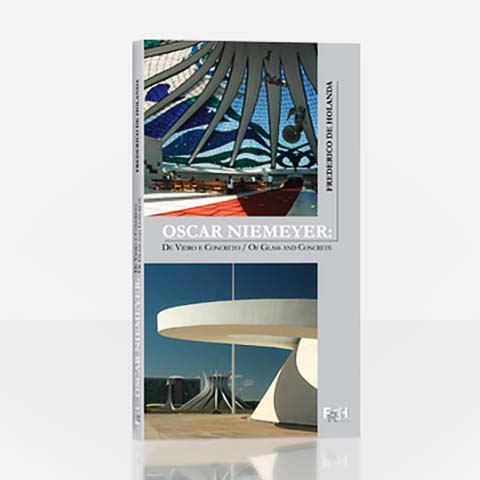 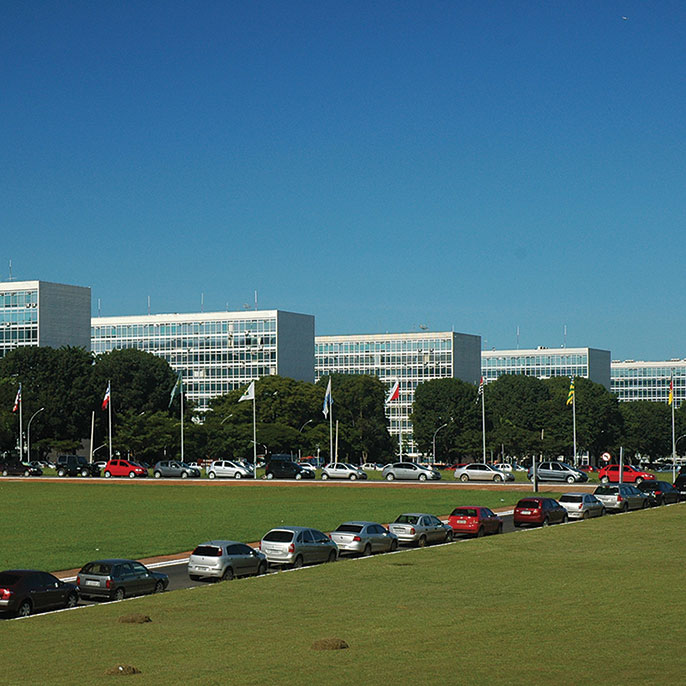 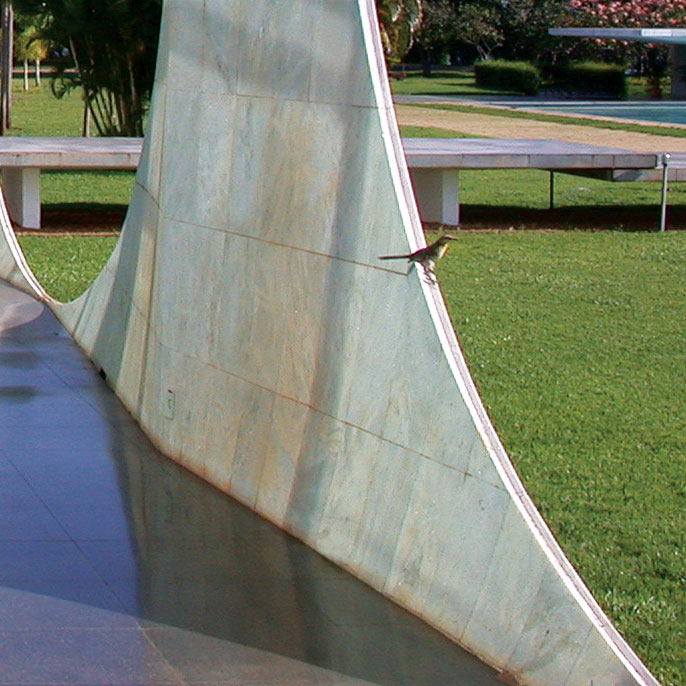 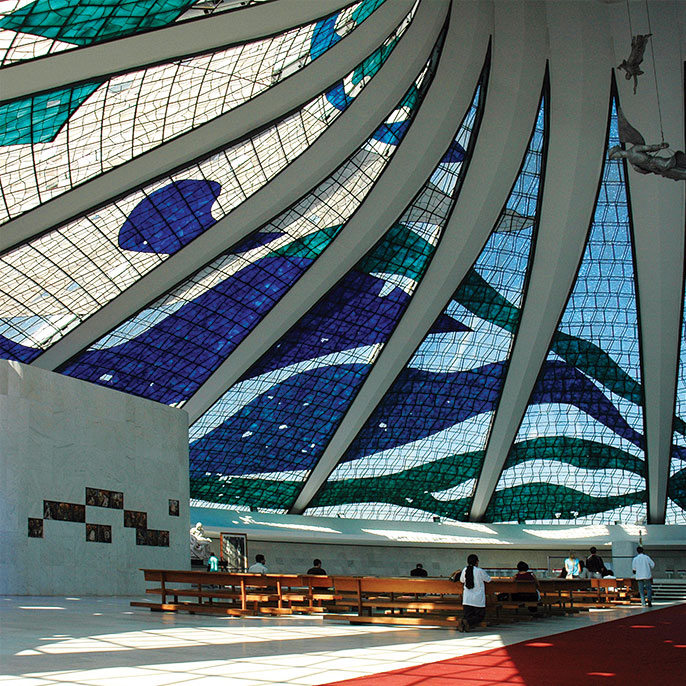 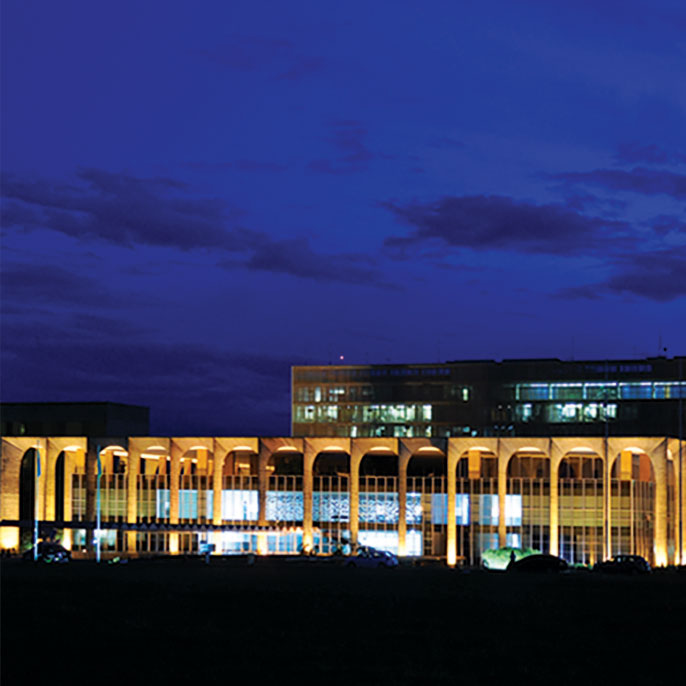 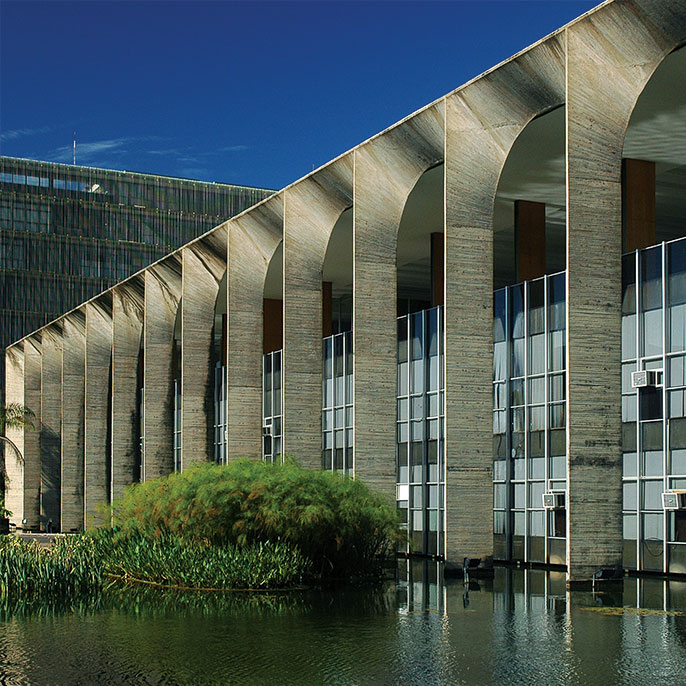 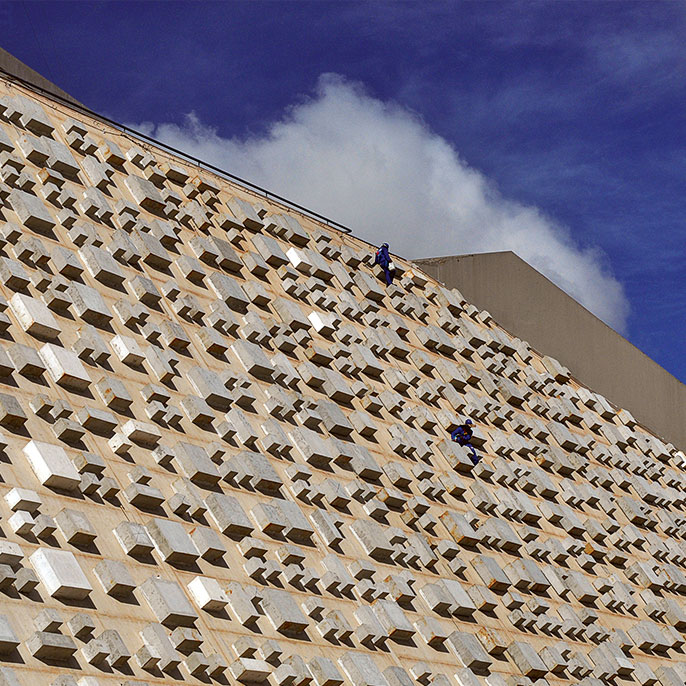 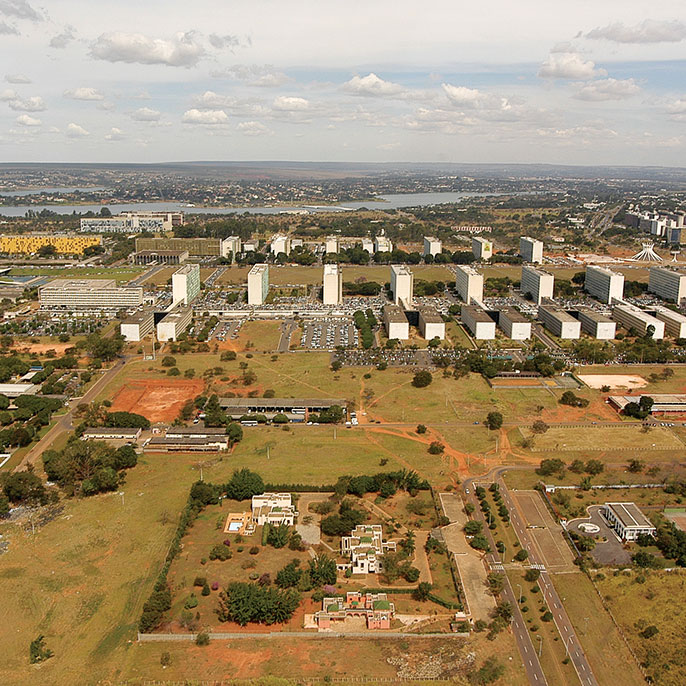 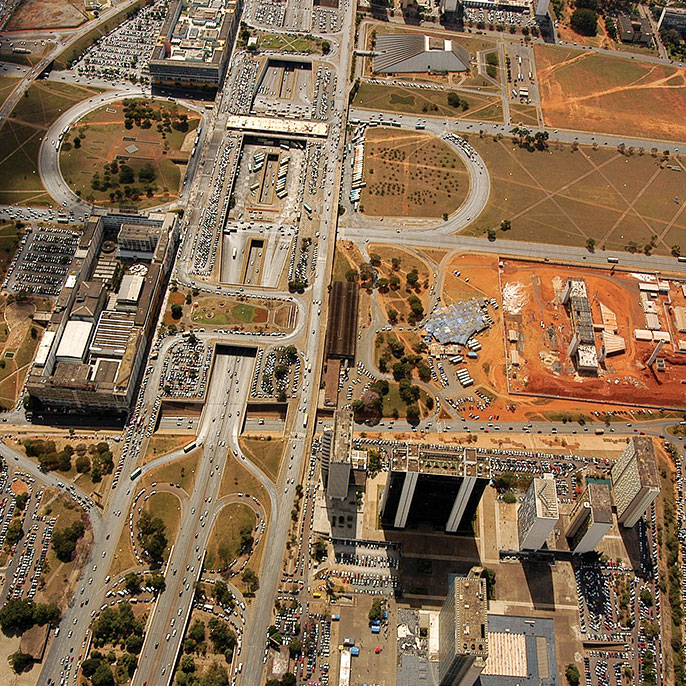 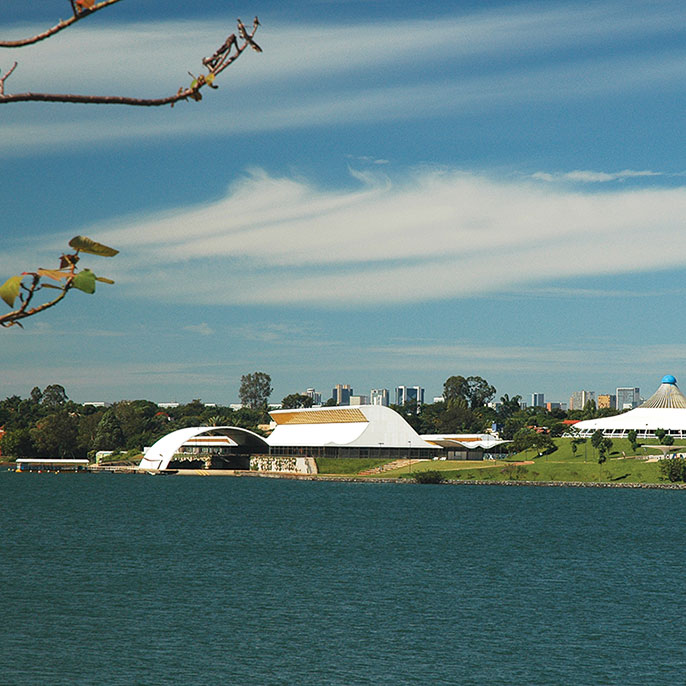 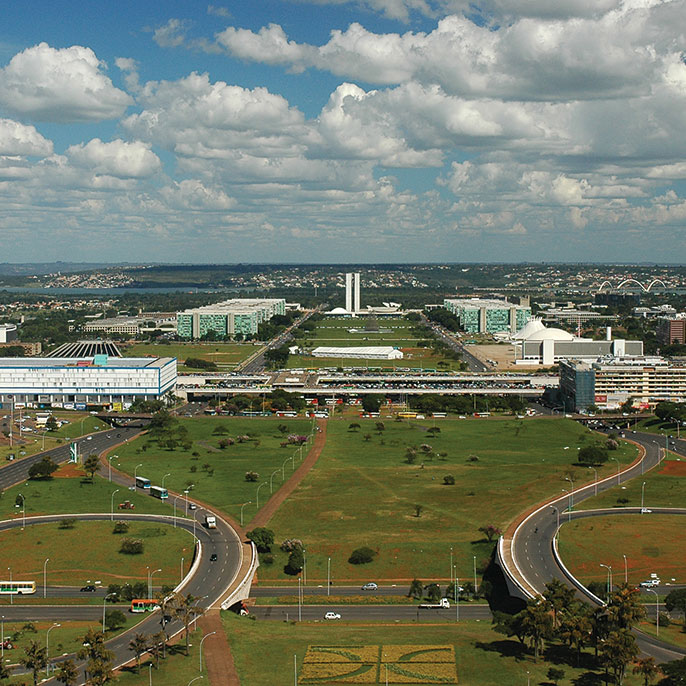 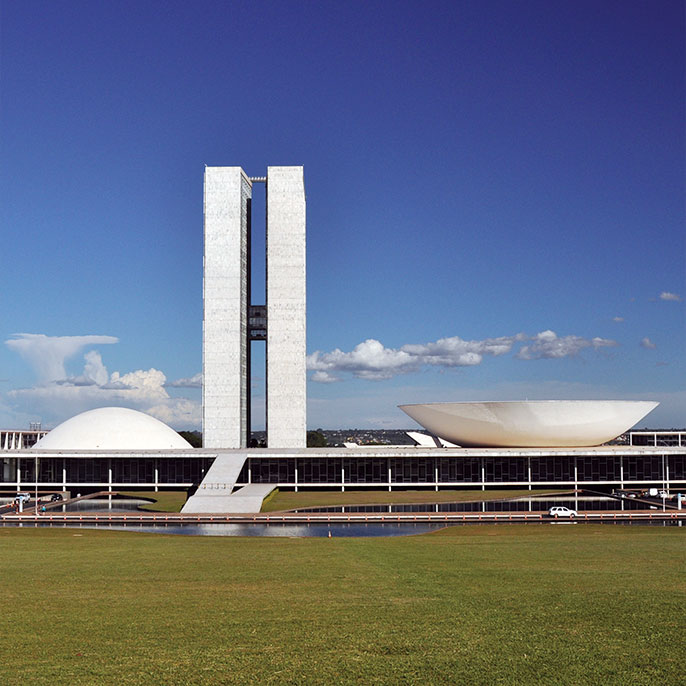 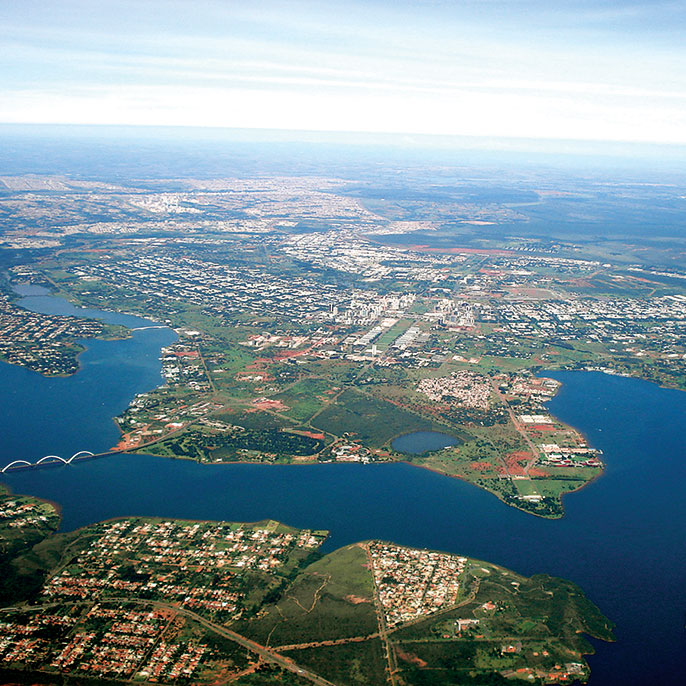 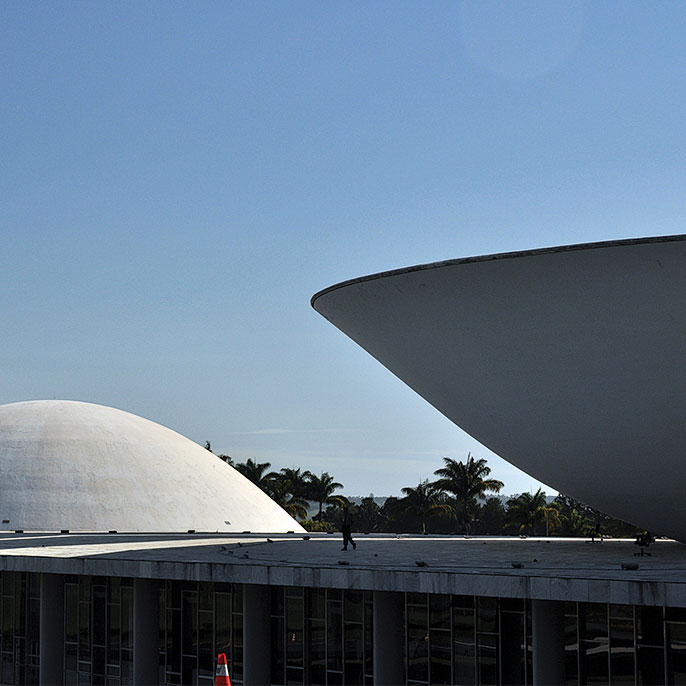 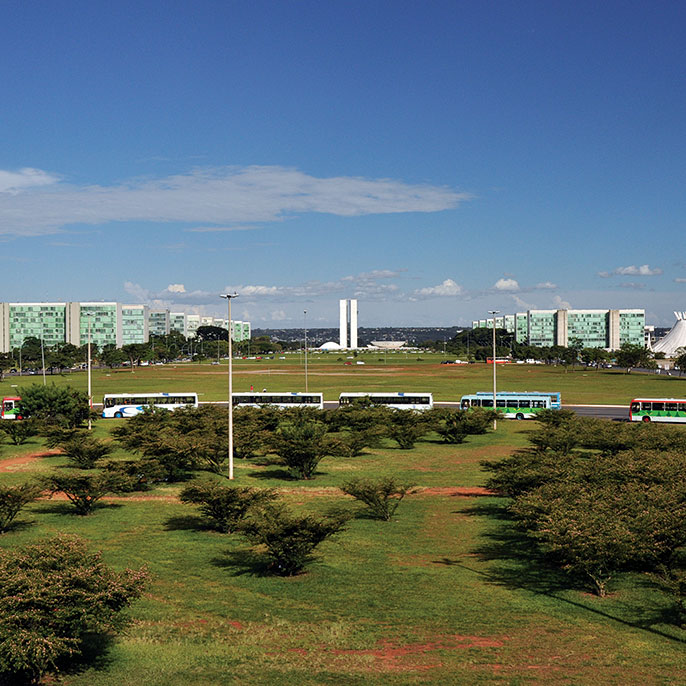 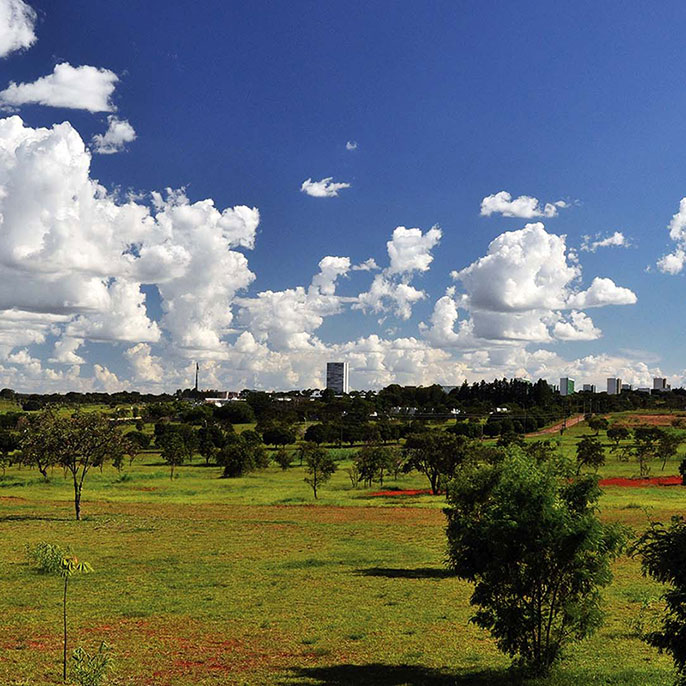 Brasília has precedents that go much farther back in history than is usually acknowledged. The more common discourse on the Brazilian Capital has stressed the originality of Lucio Costa’s project, but this conceals its strong relations with places produced by other cultures far distant in time and space. This book reveals the same underlying logic of examples apparently as diverse as a modern capital city – Brasilia – pre-Columbian ceremonial centers – as Tikal – African settlements of the Zulu culture – as the military “kraals” – and French Feudal castles. All are special places in the domain of the cultures that have produced them: they are exceptional spaces.

OSCAR NIEMEYER: OF GLASS AND CONCRETE

The Brazilian Oscar Niemeyer is rightly acknowledged to be one of the great architects of all time – this is an almost universal appraisal. Controversies do exist, however, about specific aspects of his oeuvre. This book addresses one of them: the way the internal space of his designs relates to the space external to them, be it natural or constructed. The type of “skin” that clads the buildings varies, affording more or less passage between inside and outside (opening vs. closing), more or less visibility between interior and exterior (transparency vs. opacity). The pattern has changed with the passage of time: the older designs are more open and transparent while more recent ones tend to be more closed and opaque. What are the implications of this? How do people feel when they experience the alternatives? How should we assess the transformation?